RUSSELL JAMES: The One 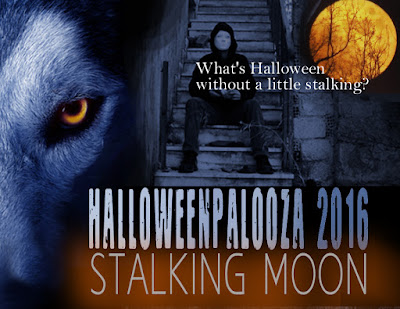 
GIVEAWAY
WOO HOO!!!! Great day for a stalking, don’t you think?!!! And to prove it, we have a great giveaway for you!!! Today it’s ONE PRINT COPY OF DREAMWALKER to ONE LUCKY WINNER!!!

BECAUSE THIS IS A PRINT COPY, THE WINNER IS LIMITED TO THE US AND CANADA!!!
To win: go to the Official FB Event Page; find the post announcing  today’s giveaway; and comment, “I WANT TO WIN” in that post and you just might!!!
OFFICIAL FB EVENT PAGE 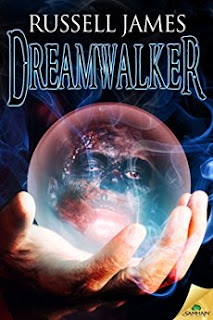 Two realities. One hope.
What if you lived in two worlds, and could die in either? Pete Holm can. He is a dreamwalker, able to travel to the realm of dreams, including the devastated world of Twin Moon City, where an evil voodoo spirit holds living souls in terror with his army of the walking dead.
In the waking world, drug lord Jean St. Croix knows only the power of the dreamwalker can stop him, so St. Croix vows Pete must die.
Pete is the only hope to rescue the lost souls in Twin Moon City…unless St. Croix kills him first. Can anyone survive when two realities collide?
AUTHOR BIO 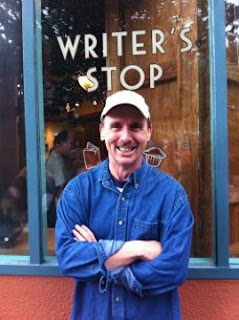 Russell R. James was raised on Long Island, New York and spent too much time watching Chiller, Kolchak: The Night Stalker, and Dark Shadows, despite his parents' warnings. Bookshelves full of Stephen King and Edgar Allan Poe didn't make things better. He graduated from Cornell University and the University of Central Florida.

After a tour flying helicopters with the U.S. Army, he now spins twisted tales best read in daylight. He has written the paranormal thrillers "Dark Inspiration","Sacrifice","Black Magic", "Dark Vengeance", the collections "Tales from Beyond", "Deeper into Darkness", "Outer Rim" and "Out of Time". His novels "Dreamwalker" and "Q Island" both release in 2015.

His wife reads what he writes, rolls her eyes, and says "There is something seriously wrong with you."

Visit his website at http://www.russellrjames.com and read some free short stories.
Author Page